Reni Eddo-Lodge looks at legacy of the Black Panther movement, explored by Stanley Nelson's new documentary Black Panthers: Vanguard of the Revolution (Dogwoof Films), and its conflicts with women's liberation. The great potential of Black Lives Matter, she argues, is to overcome the androcentrism of previous struggles. 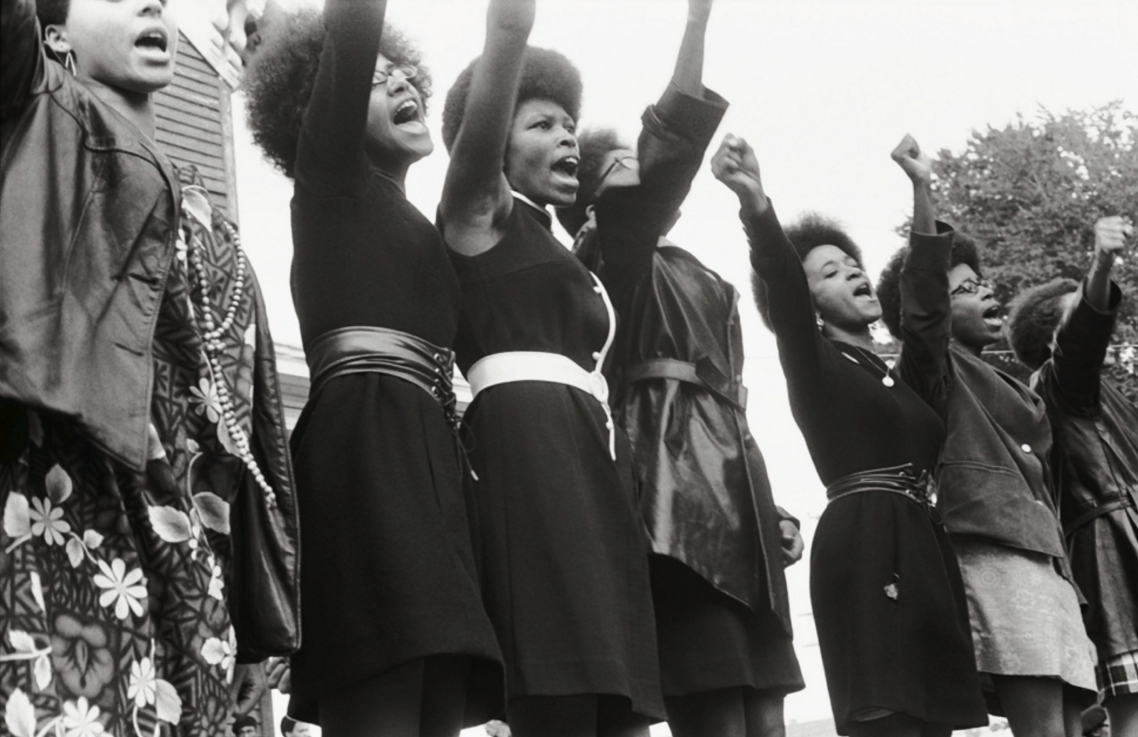 In 1968, black sanitation workers went on strike in Memphis, Tennessee. Two of their fellow workers had been crushed to death thanks to a rule that stopped black workers from sheltering from the rain anywhere but in the back of their rubbish trucks. Local Reverend James Lawson took a leadership role in the strike, telling press at the time: ‘at the heart of racism is the belief that a man is not a man.’ He was paraphrasing an erstwhile civil rights slogan that had emerged in abolitionist circles in the movement to end the transatlantic slave trade. At the time, medallions created by English potter Josiah Wedgwood were circulated, engraved with an image of a black man pleading on one knee. Lettering around the edge read: ‘am I not a man and a brother?’ Decades later, this pleading sentiment coined by white abolitionists had evolved into a defiant, black led civil rights cry: ‘I am a man!’

- Striking workers in Tennessee hold emblematic 'I am a Man' placards

This was the language of the civil rights movement—language that gave birth to the Black Panthers. Stanley Nelson’s The Black Panthers: Vanguard of the Revolution illustrates the energy of the time well—the trepidation, the excitement, and the power. Today, the white supremacy that the Black Panthers spent their lives resisting continues to thrive. Just this week, a freedom of information request revealed that British police are 3 times more likely to Taser black people than their white counterparts. In response, the Black Lives Matter movement in the US continues to gain momentum.

I am a man. Am I not a man? In resistance to racism, an idea of personhood is created, and it is passively hostile to women in order to assert its sense of self. Although two key women Black Panthers—Kathleen Cleaver and Ericka Huggins—are interviewed extensively in Vanguard of the Revolution, the film’s nods towards women’s labour in the Black Panther movement could do with a little more unpacking. Women’s under-recognised domestic labour is too often the foundation of political movements, and the Black Panthers were no exception. In Vanguard of the Revolution, the audience hears of women Panthers putting in hard graft for the (in)famous free breakfasts for children programme. One woman talks of a time when she was in the kitchen, about to give birth, her dedication to the movement compelled her to keep cooking as she was struck by contractions. 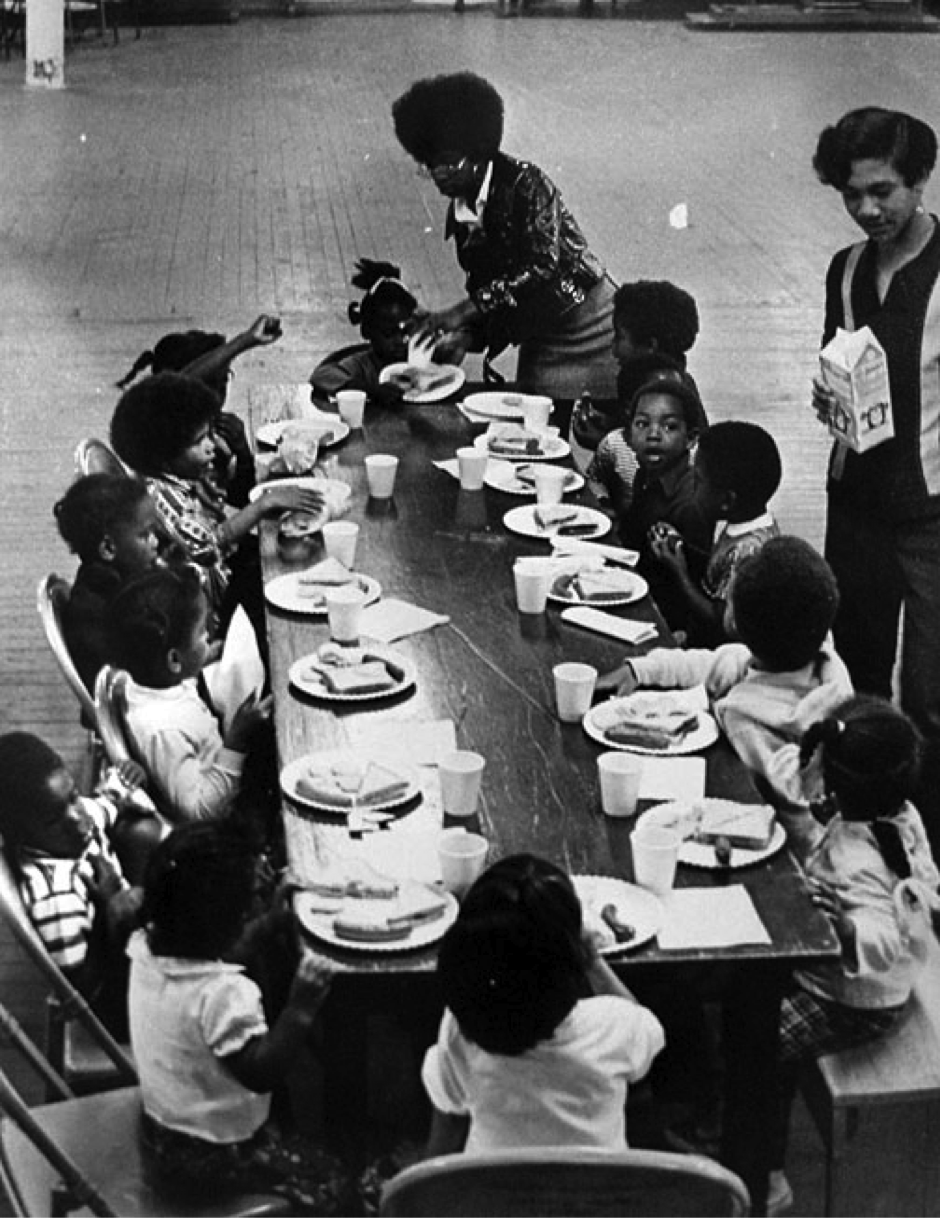 - As well as their more widely celebrated activities, women's domestic labour was central to the wider project of the Black Panthers, including the party's 'free breakfasts' programme

Women like Vanguard of the Revolution’s Ericka Huggins led regional chapters of the Panthers across the globe - but when we look to name the leaders of the Black Panther movement, it’s easier to reel off men rather than recall women. In a statement on the film, director Stanley Nelson writes: ‘the Black Panther party emerged out of a love for their people, and a devotion to empowering them’. That struggle for freedom wasn’t limited by gender. Yet when we talk about the women of the movement, their names comes with a caveat of the Panther they were married to, insinuating that they were somehow influenced by their husband’s politics, that they couldn’t possibly have drawn their political conclusions on their own. We don’t make those assumptions of the men.

Only recently have women’s voices and experiences during the Black Panther years come to the fore. The autobiography of exiled Black Panther Assata Shakur reveals a woman not leading the party, but rather someone supporting it. She was still targeted with state spying from the US Government’s COINTELPRO agenda, still arrested on trumped up charges, and she still endured jail time. Moved from prison to prison, her autobiography details her being held in disgraceful conditions until the Black Liberation Army broke her free in 1979. In 2013, the US government added her to its list of most wanted terrorists – the only woman on the list. Fidel Castro granted her political asylum in Cuba and, despite recent better relations between the two countries, Cuban officials have reconfirmed that she will not be extradited. 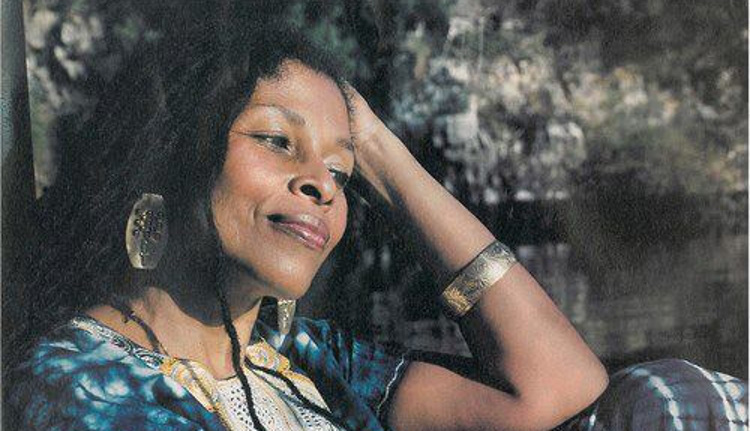 Nevline Nnaji’s feature length documentary Reflections Unheard: Black Women and Civil Rights also shone a light on some of the women, examining the intersections black women found themselves in at the time when the black power movement and the feminist movement were taking flight. Much like Vanguard, interviews are juxtaposed against archive footage. But there’s one key difference- Nnaji interviews only women. We hear frustrations, stories of women feeling sexually preyed upon, and outright denouncements of white women at the time—‘the feminists were racist’, one interviewee declares. But most importantly, we hear of the solution that black women created to combat that marginalisation: namely, the National Black Feminist Organization. It is timely then, that in the midst of a global black lives matter movement, activists have made sure that emphasis is on all black lives. Men’s lives, women’s lives, children’s lives, trans lives, queer lives—all matter. Because liberation for some always results in liberation for none.

The Black Panthers: Vanguard of the Revolution will be screened by Verso and Dogwoof Films at the London Review Bookshop on November 12, 2015.

The Black Panthers is the first feature length documentary to explore the Black Panther Party, its significance to the broader American culture, its cultural and political awakening for black people, and the painful lessons wrought when a movement derails.


Read more about #BlackLiberation on the Verso blog.