A Special Intensity of Exploitation: On the History of Economic Migration

Drawing from examples from the history of British post-War immigration policy, Wail Qasim considers the relationship between racism, economic migration and state policy. Wail Qasim is a writer and campaigner. They tweet @WailQ.

In the absolute furore that has followed Britain’s decision to leave the EU, there is one clear issue that has emerged as the central concern: immigration. Those from across Europe, who chose to build lives and lay down roots here in the UK, have now been sent a clear message of hostility from this country. Indeed, anyone who appears foreign to Britons is now a possible target for racial abuse and assault in public, whilst property owned by supposed foreigners, such as the Polish Social and Cultural Association and Kashmir Meat and Poultry, a halal butcher in Walsall, have also come under attack. 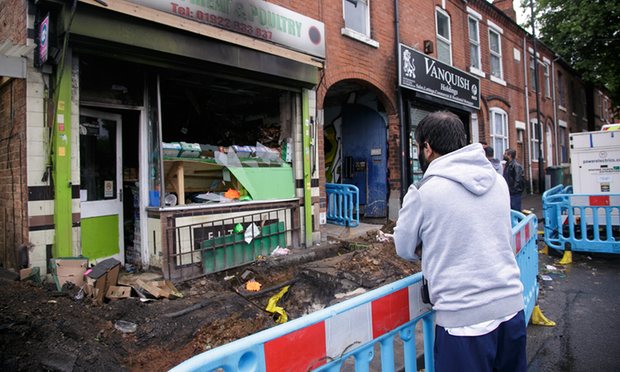 All the while, the referendum has triggered multiple stages of official discussion over the lives of immigrants. Throughout the campaign, people were used as political bargaining chips, and now, whilst also suffering from an increase in racist harassment, continue to be fodder for negotiations between both parties at home and state leaders across Europe. It is difficult not to think that this will be used as an opportunity to tighten the nets of our immigration system more widely, affecting all those who rely on a precarious right to be in the country.

Whilst many are quick to point out that immigration wasn’t the motivating factor for everyone who voted Leave, this argument obscures the fact that immigration and racism have played a significant role in the Brexit discussion. It now feels inevitable that xenophobic ideas will gain in popularity, but they have not come out of nowhere and indeed are enforced by the state. The recent history of British immigration and border policies shows a longstanding willingness to divide people according to their usefulness to the nation. The official approach to immigration has always been keen to use popular racism as a weapon to meet its ends.

At a protest to defend migrants’ rights, called for the day of the referendum result, I spoke to Anna Pichieri from Movement for Justice By Any Means Necessary, an independent migrant and civil rights movement. Asked why Movement for Justice had helped call the demonstration, Anna told me:

We need to be clear about why this referendum was planned. This is the outcome of many different governments, on the right and on the left, using the racist scapegoating of immigrants to push through all their cuts and austerity measures and the widening of inequality that we have seen. All these measures yet they have no solutions, so both parties know that they have to use the anti-immigrant rhetoric, the stereotyping of immigrants, to make sure that they could push their cuts.

We need not go back far to find examples of scapegoating that Anna and Movement for Justice talk about. In 2013, the Home Office’s dismal campaign targeting undocumented immigrant communities in London deployed vans displaying billboards that read: ‘In the UK illegally? Go home or face arrest’. The ‘go home’ rhetoric has been used by racists for a long time, but this was an example of explicit use in government policy.

The targets of the 2013 Home Office campaign were those with no right to live and work in the UK, but since last Thursday’s referendum, telling EU migrants to ‘go home’ has also been legitimised, resulting, for example, in the harassment of Polish centres, homes and schools. This current sentiment has its political antecedent in Gordon Brown’s now infamous 2007 ‘British jobs for British workers’ speech. And, going further back, we can see how racism as a response to immigration has become ingrained in public consciousness by looking at the history of immigration of people of colour migrating from British colonies.

Ambalavaner Sivanandan often notes that the history of Britain’s immigration acts is a history of its developing racism. With a need for post-war reconstruction, the British Nationality Act of 1948 conferred Commonwealth citizens with British nationality and the right to free entry into the UK. In the years that followed, mass migration from the colonies took place and was largely responsible for the multicultural Britain that some like to cite as one of our greatest national achievements. In reality, many who made the journey hoped for employment and opportunities in the United Kingdom, but would instead be greeted with hostility and criminalisation. 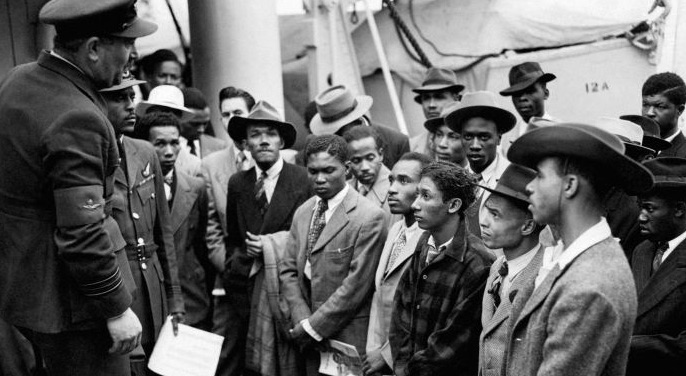 With the Commonwealth Immigration Act of 1962, popular xenophobia and racism would become legislated and codified, removing the right to citizenship and free movement held by ex-colonial subjects. Whilst Britain was happy to exploit their labour, made cheaper by racial wage disparities, it was not willing to endow these immigrants with the same rights as British workers. A succession of immigration laws would begin with this Act of 1962, each one in response to both the economic desire for labour and the national popular racist mood.

Around the same time, we see the development of some freedom of movement agreements between the EU’s predecessors, such as the European Coal and Steel Community. Britain joined the European Economic Community in 1973 and began to reap the benefits of free access to labour from across Europe. Simultaneously, access from the Commonwealth was massively restricted – a policy to allay the fears of original EEC nations that Britain would become an open passageway for Commonwealth nations into Europe.

We can see from these examples in the short history of post-war immigration policy that the state has consistently divided up immigrants according to how they benefit the economy: racism and profiteering go hand-in-hand. Now that boundaries of bigotry are being redrawn once again according to a neoliberal guide-map, in some ways EU migrants are beginning to face what has previously been quotidian for non-white migrants from Commonwealth nations.

Subjecting different groups to their own special intensity of exploitation has long created divisions amongst the working class. This animosity forms part of the violence of Whiteness, though it is important to reiterate that racism is also top-down from the powerful elites. Politicians act shocked at the upsurge in racism, as though they never imagined that decades of using hatred to justify their policies could turn into an actual violent revolt against people racialised in the UK.

Anti-racism faces two interlinked challenges: tackling popular participation in the racist structure of Whiteness and opposing the state’s racist laws. In recent years activists have concentrated on state violence, especially combatting immigration raids and supporting calls for justice for those killed in custody. We can see how these two concerns overlap in the case of Jimmy Mubenga, who was unlawfully killed by G4S guards on a deportation flight in 2010. Unfortunately, this referendum has now unleashed popular expressions of racism and it is tempting to concentrate on tackling this development. But the state is responsible for creating the conditions that popular racism flourishes, and we must tackle the state’s failures if we are to have any hope of impacting racism in Britain as a whole.

Brexit threatens us now, but it is preceded by a history of devaluing human life with borders. The left as much as anyone failed to address this and opted instead for quiet disapproval in favour of concentrating on issues seen as more urgent. Racism is and has been an urgent problem. It is time for its disastrous history to be undone before all that is left is the fascist face of Farage.