“The complete subjugation of urban policy”: An interview with Raquel Rolnik

The housing market has in recent years become one of the central pillars of global financial capitalism. That has happened over the entire world — in a variety of ways. By abolishing all prospects of social housing, countries have propelled these processes. Thus the purchase of property on credit has prevailed as the only means of gaining access to housing.

Raquel Rolnik is an architect and urbanist from São Paulo. Between 2008 and 2014, she was United Nations special rapporteur for the right to adequate housing. Rolnik, a professor at the University of São Paulo, is the author of several books including a book about housing forthcoming from Verso.

In your book Guerra dos Lugares (War of Places), published at the beginning of the year, you write about the worldwide “financialisation” of cities. What role does the housing market play in global capitalism?

The housing market has in recent years become one of the central pillars of global financial capitalism. That has happened over the entire world — in a variety of ways. A significant process has been the fact that construction companies have opened themselves up to the flow of capital from other sectors. Furthermore, in some countries a secondary mortgage market emerged, which presented a new financial circuit. By abolishing all prospects of social housing, countries have propelled these processes. Thus the purchase of property on credit has prevailed as the only means of gaining access to housing.

What consequences does this development have for the cities’ residents?

At this present stage of the crisis, we can observe that the conflation of the financial and housing markets exposes the cities’ residents to the risk inherent to financial capitalism. Those most affected are people with low incomes or those in socially vulnerable situations. This risk manifests itself most notably in one central aspect of these people’s lives: the places where they live. In countries such as Spain, Ireland, the USA, Kazakhstan, or many Eastern European nations, thousands of people have lost their houses and, for lack of any alternative, have ended up on the street. As a result of this present trend, the number of homeless people has risen worldwide; it has caused a global housing crisis. That has even been the case in countries that have not seen a housing crisis in decades, such as in Great Britain or the USA.

In what other areas does the financialisation of cities make itself felt?

Today we are able to observe the complete subjugation of urban policy to an ever-advancing financial and housing market. This is evident not only in the issue of housing but, most notably, with the building of large-scale projects such as office complexes, hotels or shopping centres. The only objective is return on global capital, and not, in any respect, to address the needs of the local population. And yet the processes are interconnected. That is to say, the expansion of the financial sector by dint of large-scale projects involves the taking over of whole districts previously occupied by workers, low-earners and migrants. These people are driven out and forced to buy houses on the outskirts of the cities.

Brazil is considered pioneer of an institutionalised “right to the city." In addition to the progressive constitution of 1988, there exist laws such as the “City Statute”, passed in 2001, which establishes a social function for the ownership of urban property. Why, despite all this, are Brazilian cities still marked by extreme inequality and social exclusion?

Despite the legal framework, which social movements have fought for since the 80s, and which lays down a social function for the ownership of property, we unfortunately arrive at the same process in Brazil as in other countries: the subjugation of cities to a neoliberal agenda. This means that here too, urban development is subordinated to the housing and financial sectors. The legal instruments that are anchored in the constitution and in the law are simply not applied in practice. They serve more as a means of resistance for social movements than anything that can actually determine and lead urban policy.

But state house-building programmes do exist now in Brazil, such as “Minha Casa, Minha Vida” (My House, My Life), initiated in 2009.

The “Minha Casa, Minha Vida” programme is a perfect example of the subordination of housing policy to the financial sector. It is a scheme whereby the State subsidises the purchase of a house, and properties are made available on the private market. These properties are naturally situated outside cities — in places with no urbanity, social diversity, or opportunities. “Minha Casa, Minha Vida” has developed into a scheme that absorbs populations dislodged from informal settlements, who stood in the way of the growth of financial and housing capital. This type of programme has gained acceptance in many nations round the world as the single strategy for housing policy — and a single model can never be the answer to manifold questions in cities.

Following on from the 2014 football World Cup, in August of this year, the Olympic Games will also take place in Brazil. Europe is currently home to discussions on the benefits of major events. What role do mega events play for cities?

Mega events justify and set up the urban restructuring that is driven forward by the housing and financial sectors. The enormous media hype that these events generate ensures the support that cities and their people need — although the processes at play are open to debate and carry serious social consequences. Such events are cited as the reason when absolute states of emergency are imposed on the cities that stage them. In addition, these events offer cities the opportunity, through the media interest and through their own “branding”, to sell themselves on the globalised market.

The 2014 World Cup was also criticised for practices of displacement and human rights violations. What impact are the preparations for the Olympic Games having on Rio de Janeiro?

The preparations for the Olympic Games in Rio de Janeiro are strongly correlated to the preparations for the football World Cup. The decision to stage the Games in Rio de Janeiro is not in any way aimed at solving the city’s pressing problems. The Games merely advance the urban development in the rich southern part of the city. The sporting event’s infrastructure projects do not benefit the city as a whole. The plans to extend the bus routes are an example of this. Public transport plays an extremely important role in Brazilian cities. Yet we can see that the city is not extending the local transport where it is needed most. Mega sporting events are large-scale projects. In Rio de Janeiro this one is leading to the evacuation of estates of poor residents in order to make space for the Games’ questionable constructions. The conflict in Vila Autódromo is a good example. This is a poor community that was built by its residents after their own design. After decades-long struggles, it managed to secure its constitutional rights and so attain formal recognition of its status as well as guarantee an urbanisation of the area. Despite all this, the city administration has been trying to evacuate the community since as early on as the Pan-American Games in 2007 — not because it is standing in the path of any sporting complex or infrastructure project, but simply to clear the way for the real-estate market. That has intensified massively with the preparations for the Olympic Games. Nevertheless, the community has resisted from the outset, and is still fighting its evacuation in the present day.

Besides this example, where do you see hope for a more just future in the cities?

In all of Brazil’s urban centres there are movements that fight for their right to the city. A further example is the growing number of occupations by movements of homeless people, which reclaim urban ground and thus create concrete alternatives. I believe that the hegemony of the financial sector over housing policy is dead, because it holds absolutely no solutions for the tangible needs of residents.  Because of this, this model is also being called into question worldwide, in a number of ways. 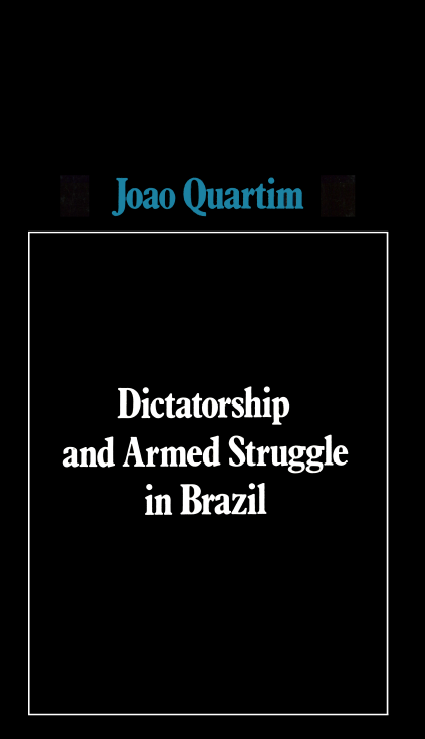 Dictatorship and Armed Struggle in Brazil
by Joao Quartim 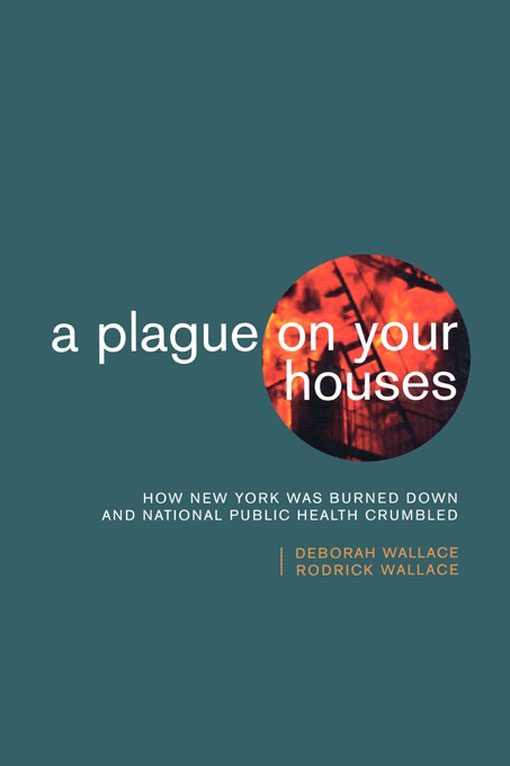 A Plague on Your Houses
by Deborah Wallace and Rodrick Wallace

Without Fear of Being Happy
by Emir Sader and Ken Silverstein