Abandoning the Euro Could Help Save Europe

No European sovereign, no real budget; no budget, no viable economic policy. As long as Europe does not break out of this dilemma, the Eurozone will remain mired in the vicious circle of stagnation, resentment, and conflicting responsibilities. If a budgetary federalism is out of reach, it is crucial that we can adjust exchange rates in order to give dynamism to growth and employment. And this requires leaving the currency union.

Nonetheless, two objections are generally raised in opposition to abandoning the euro. The first concerns its short-term effects, disturbing trade flows and prices. Yet there is no doubt that new exchange rates would very quickly allow the reabsorption of the imbalances and stimulate economic activity in the countries that have suffered most in recent years.

Moreover, the pre-existing context of deflation would help contain the spill-over effects of the inflation imported into the countries that are driven to devalue.

The second objection concerns financial interpenetration. The idea is that this process has advanced so far that dismantling the euro, or even a single country leaving, would have cataclysmic effects on economic actors’ balance sheets. In a recent study ("Balance Sheets after the EMU : an Assessment of the Redenomination Risk," an OFCE working document from 10 October 2016), we examine this problem in detail, drawing out three main lessons.

The first is that the various different sectors are far less exposed than is generally imagined. First of all because since the greater part of balance sheets are backed up by contracts in national law, the corresponding financial commitments would easily be converted into the new currency without any impact on domestic agents’ solvency.

Next, the risks associated with devaluation, owing to the increased weight of obligations under foreign law or contracted in foreign currency, would be lessened on account of the foreign assets that would increase in value — even if, it is true, not all agents are uniformly protected by their international assets.

Finally, not all liabilities pose a problem. The crucial element is the international debt and, in particular, the short-term debt that can bring a series of defaults if its weight suddenly increases upon devaluation.

Once we have taken these factors into account — and this is the second lesson of our study — it seems that there are few genuinely vulnerable countries and sectors. The Greek and Portuguese public debt, like the Greek financial sector, will inevitably have to be restructured in the case of euro exit, but we already know that their sustainability is under question.

As for the other cases, the risks of redenomination principally concern the small economies whose financial sector is highly developed and heavily internationalised. That especially means Luxembourg, whose external position represents over 180 times its GDP, but also Ireland and the Netherlands.

Thus the non-financial sectors of the various countries are little-exposed, which suggests that leaving the euro or dismantling the Eurozone would not in itself have major consequences for companies’ balance sheets.

Let us take the case of the non-financial private sector in France. At the end of 2015 the debt vulnerable in case of redenomination represented 33% of GDP (17% for short-term debt), but international assets represented 74% of GDP. If we hypothesise an 11% devaluation, the weight of short-term debt would increase by 2% of GDP (the figure for all debt is 3.7%), which is certainly important, but also limited.

The thing most to be feared is the turbulence that may arise in the financial sector. As well as a monetary policy ensuring the integrity of the payments system and the temporary establishment of capital controls to combat speculation, the public banks would have to facilitate the most directly exposed firms’ access to credit and guarantee that firms’ cash needs in terms of essential inputs are covered.

While these are important precautions, our example above all shows that the wealth effect of redenomination followed by devaluation could stimulate economic activity.

The third lesson of this study is that the consequences for balance sheets concern both the countries that will have to devaluate — and will thus see their international liabilities expressed in local currency increase — and the countries whose new currency will appreciate relative to the value of the euro — who will see their international assets expressed in their new national currency lose value.

A premium on cooperation

This is an extremely important point, for it sets a premium on cooperation between the different countries; whether they have more assets or liabilities, both have an interest in cooperating to prevent over-adjustments in exchange rates. For the sake of preventing financial turbulence, negotiations must also address the restructuring of excessive public debts and the reduction of hypertrophied financial sectors.

On the economic terrain, a total or partial dismantling of the euro would create a new incentive structure favouring real cooperation in Europe. While the architecture of the single currency drives policies of competition that tend to set the different countries against each other and feed deflationary tendencies, questioning it would give negotiating power back to the debtor countries and would favour a rebalance in favour of the development of the productive sector and employment.


Cédric Durand and Sébastien Villemot are members of the European Research Network on Social and Economic Policy. 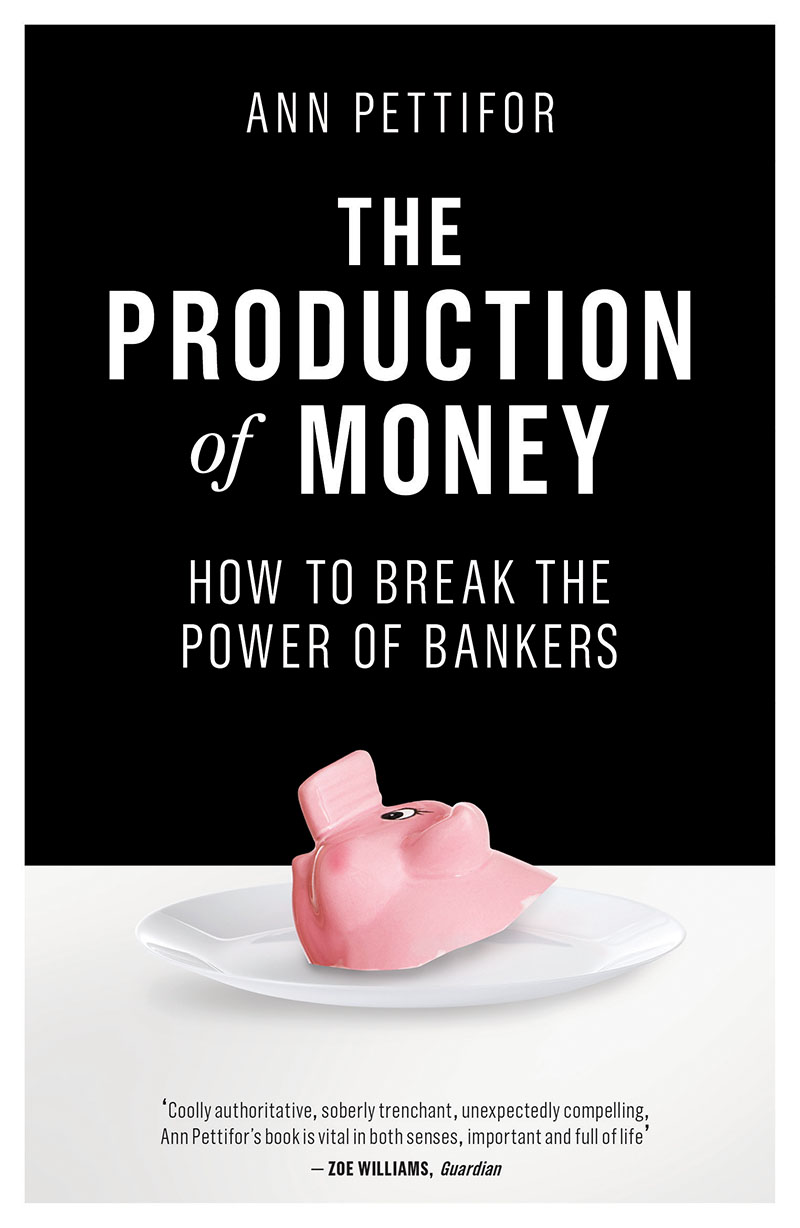 The Production of Money
by Ann Pettifor