Who Makes Cents: A History of Capitalism Podcast — Episode 49: Special Episode on Intersectionality and Capitalism

Who Makes Cents is a monthly program, sponsored by Verso Books, devoted to producing engaging stories that explain how capitalism has changed over time. In interviews with historians and social and cultural critics primarily, though not exclusively, focused on U.S. history, the show highlights the political and economic changes that have created the present. Each episode gives voice to the people who have shaped capitalism — by making the rules or by breaking them, by creating economic structures or by resisting them. 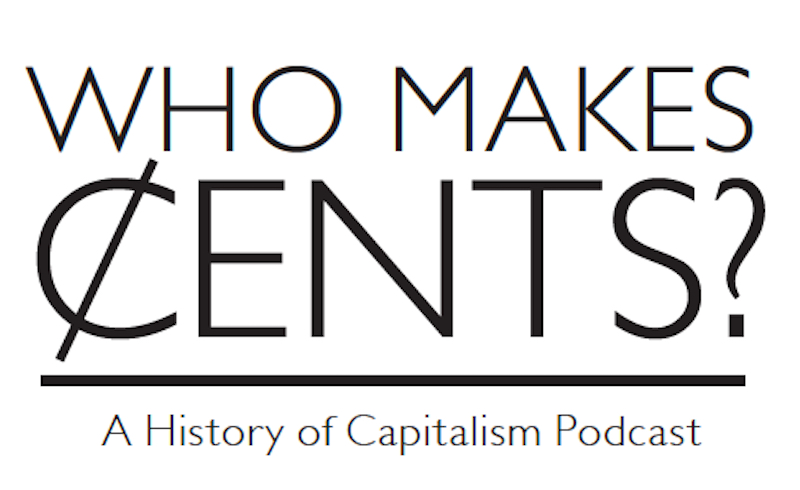 All too often recently, some have claimed that an analysis that is intersectional militates against one that focuses on class. Well, we’re very excited to bring you a special program this month. Rather than our normal interview format, we’re featuring a panel that took place at the University of California-San Diego. David was able to participate in this exciting symposium on the topic of race, gender, and the contradictions of capitalism.

All the speakers also have recently released books. Ula Taylor is Professor and H. Michael and Jeanne Williams Department Chair of African American Studies at the University of California, Berkeley. She is author of The Promise of Patriarchy: Women and the Nation of Islam. Barbara Ransby is Professor and Director of the Social Justice Initiative at the University of Illinois at Chicago. She is author of Making All Black Lives Matter: Reimagining Freedom in the Twenty-First Century. And Charlene Carruthers is a strategist, writer, and leading community organizer in today’s movement for Black liberation. She is author of Unapologetic: A Black, Queer, and Feminist Mandate for Radical Movements.

We’re grateful to the UCSD Black Studies Project, Scholars for Social Justice, and all the people who worked on the events, especially Dayo Gore, Sarah Haley, and Prudence Cumberbatch.

Betsy A. Beasley is Assistant Professor of American Studies at the University of Texas at Austin. Her book project, Expert Capital: Houston and the Making of a Service Empire, examines the cultural, political, and economic development of the globally integrated economy through the lens of the oilfield services industry. Her work has been published in Diplomatic History and is forthcoming in Radical History Review, and she cohosts and produces Who Makes Cents: A History of Capitalism Podcast with David Stein. Read more about her work here.

David P. Stein is a Visiting Assistant Professor of History at Claremont McKenna College. He specializes in the interconnections between social movements, public policy, and political economy. His first book, Fearing Inflation, Inflating Fears: The Civil Rights Struggle for Full Employment and the Rise of the Carceral State, 1929–1986, will be published by the University of North Carolina Press. He co-hosts and produces Who Makes Cents: A History of Capitalism Podcast with Betsy Beasley. Read more about his work here.