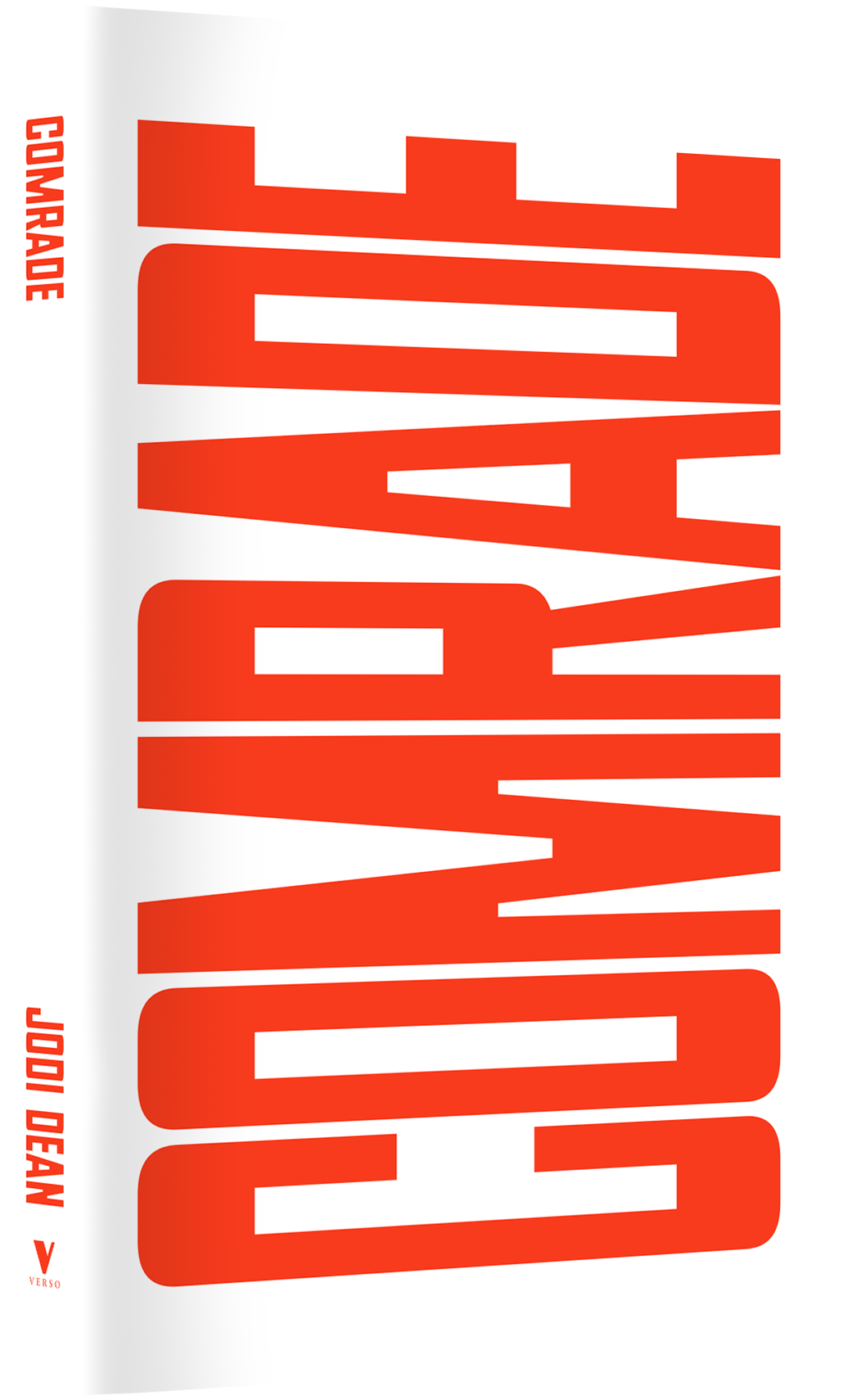 When people say “comrade,” they change the world

In the twentieth century, millions of people across the globe addressed each other as “comrade.” Now, among the left, it’s more common to hear talk of “allies.” In Comrade, Jodi Dean insists that this shift exemplifies the key problem with the contemporary left: the substitution of political identity for a relationship of political belonging that must be built, sustained, and defended.

Dean offers a theory of the comrade. Comrades are equals on the same side of a political struggle. Voluntarily coming together in the struggle for justice, their relationship is characterized by discipline, joy, courage, and enthusiasm. Considering the egalitarianism of the comrade in light of differences of race and gender, Dean draws from an array of historical and literary examples such as Harry Haywood, C.L.R. James, Alexandra Kollontai, and Doris Lessing. She argues that if we are to be a left at all, we have to be comrades.

“I can’t shut up about Comrade, a brilliant and hopeful book. In her sharp critique of neoliberalism’s creepy capture of left politics and relations, Jodi Dean points the way forward with clarity, humor and joy. This is the book that the left urgently needs right now, and I can't wait to make everyone read it.”

“In this era of hashtag politics, branding, and call out culture, when ‘identity politics’ functions more like enclosure than grounds for solidarity, when planetary annihilation is deemed inevitable and racism permanent, Jodi Dean recovers the keyword absent from our radical vocabulary: Comrade. Her guided tour through communist histories reveals the power of comrade as a form of revolutionary belonging, a mode of address, a great equalizer, and an expression of disciplined and committed love distinct from eros, philia, and agape. Read Comrade. Be Comrades!”

“Comrade—both a nom de guerre and a sign of love. One which constructs political organisation and struggle, and which brings back from the grave the fallen heroes.”

“Part speculative conceptual history and part militant political theory continuing in the same vein as her previous publications The Communist Horizon and Crowds and Party, this new book on the generic figure of the comrade as a form of address, an index of belonging, and a carrier of expectations presents Jodi Dean at her very best: witty from beginning to end, scathing as need be against those who would prefer to hamper, mock, or red-bait the prospects of egalitarian communist and socialist politics, and never less than urgently needed as a program for common struggle in these times of renewed authoritarianism, unabashed sexism, and emboldened racism.”

– Bruno Bosteels, author of The Actuality of Communism

“Rarely has the notion of ‘comrade,’ symbolic, imaginary and concrete, been more needed than now. In this vivid, elegant and persuasive text, Jodi Dean confronts the dystopic present to insist upon the necessity for building unifying solidarities across our proliferating political differences. Comrade is essential reading for all those committed to a politics of hope in any inclusive emancipatory and egalitarian struggles.”

“For Jodi Dean, the word "comrade" is by no means a simple descriptor, nor is it some dusty relic of the bygone days of actually-existing state socialism.”

“One of the most innovative and imaginative political theorists on the contemporary scene.”

“A welcome effort to recover the concept of a comrade. By calling attention to the expectations and practices of solidarity among those who share a commitment to emancipatory struggle, Dean’s account represents an advance over the much looser conception of allies, those whose alliance may prove to be quite transitory with corresponding fluctuations in organizational structures.”

“The great strength of this book lies in Dean’s ability to not only powerfully critique the individualisation of political subjectivity—characteristic of her other recent works, like Crowds and Party—but also to propose solutions.”

The Power of Protest

Riots, rebellions and uprisings that have changed the world.