The first volume comprises English translations of some of the most important theoretical texts published in the journal, written by thinkers who would soon be counted among the most inventive and influential of their generation.

The second volume collects newly commissioned essays on the journal, together with recent interviews with people who were either members of its editorial board or associated with its broader theoretical project. 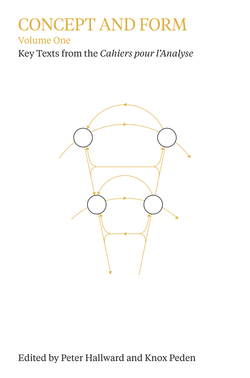 Concept and Form, Volume 1
Edited by Peter Hallward and Knox Peden
30% off 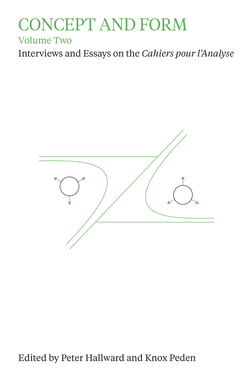 Concept and Form, Volume 2
Edited by Peter Hallward and Knox Peden
30% off