On the Hideous Whiteness Of Brexit: “Let us be honest about our past and our present if we truly seek to dismantle white supremacy”

Akwugo Emejulu, Senior Lecturer at the University of Edinburgh, examines the operation of white supremacy before and after the EU referendum and argues that the visibility of racism following the Brexit vote must not obscure the conditions for its possibility. Her co-authored book, The Politics of Survival: Minority Women, Activism and Austerity in France and Britain is forthcoming with Policy Press.

Despite vociferous claims to the contrary, Brexit really is about race—but not in ways we might expect. In this seemingly ‘post-race’ era, Brexit shows us how whiteness, as a power relation, operates in ways to cast itself as both a ‘victim’ and an ‘innocent’ simultaneously. 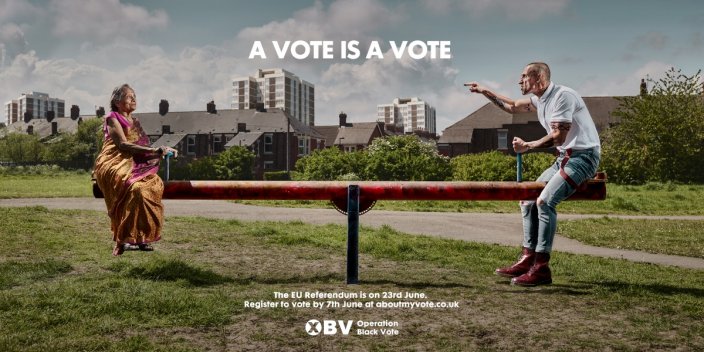 An unstated campaign strategy of the Leave campaign was to re-imagine Britain and Britishness (but really Englishness) as white in order to make particular kinds of claims to victimhood which would highlight economic inequality without challenging neoliberalism. For instance, a key argument of the campaign was that the ‘working class’ (who were unquestionably assumed to be white) were suffering under the burden of mass immigration, which transformed the culture of their neighbourhoods and put undue strain on public services. Thus we see whiteness operating as victim—the white working class is being held hostage in their own country by migrants. Any critique of this victimhood further re-enforces a victim status through fulminations that the critic is ‘the real racist’.

This construction of whiteness as victimhood purposefully makes it difficult to understand how and why public services are in crisis. Rather than migration causing the crisis, the crisis is, in fact, the official policy of the current Conservative government: austerity measures have been the dominant policy response since the 2008 economic crisis. Austerity, however, has not been imposed on Britain by the European Union. Rather, the then Coalition government and the current Conservative government voluntarily adopted this policy of shrinking and privatising the state—with disastrous and uneven effects for particular social groups. In other words, those ‘shy’ 2015 Tory voters have much to answer for in terms of the destruction that austerity has wrought—but this complicity has been erased by the Brexit campaign. Instead, migrants have been weaponised to stoke fear and get out the vote for the leave campaign.

Although we appear to be in a ‘post-fact’ Britain, I feel compelled to remind readers that austerity measures are unequally distributed across the population. Certainly, the poorest local authorities, especially those in the north and east, are being hit hardest by these unprecedented cuts to public spending. However, looking more closely at the data shows us that women—and women of colour in particular—are disproportionately impacted. Because women of colour, on the whole, are more likely to be public sector employees but also living in the poorest households, cuts to vital services, such as libraries, public transport and afterschool care, translate into further immiseration as jobs are threatened and household incomes decline. Even though people of colour are more likely to be living in poverty and are being hit hardest by austerity measures, 75% of voters of colour opted to remain in the EU. What does a claim of white victimhood mean in this context?

Whiteness as victimhood is also deployed in a much more insidious fashion. Both before and after the Brexit vote, previously ‘invisible’ and privileged white EU migrants—excluding ‘white’ migrants from Eastern Europe who have been and continue to be subject to institutionalised xenophobia as their labour value is exploited—began to report feeling unwelcomed and unsafe. These reports have combined with social media accounts of increased racial harassment, leading to figures suggesting that such incidents have risen 57% since the referendum. The sincerity of these claims of feeling unsafe, nor the legitimacy of these reports of racist and xenophobic abuse, must not be doubted.But whiteness, even in discussions about racism and anti-racism, can intrude, appropriate and colonise these spaces in order to re-enforce an identity of victimhood, whilst at the same time seemingly de-prioritising the interests and experiences of people of colour.

I do not seek nor desire a victim identity. I do, however, want public acknowledgement, solidarity and collective action against Britain’s de facto policy of indefinite detention of migrants; of everyday and institutionalised Islamophobia and the state violence deployed against Sarah Reed, Sheku Bayoh and Jimmy Mubenga and other people of colour. What does it mean that those who now are expressing ‘concern’ about a surge in xenophobia have previously had little to say about everyday and institutionalised racism and violence that people of colour experience? And that people of colour were not taken at our word, as others have been, about what we experience? It seems some people are only concerned with racism and xenophobia when their own privileged migration status is challenged. 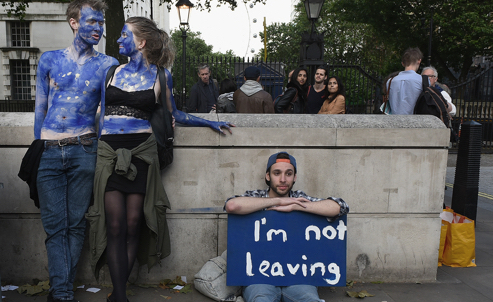 The spate of racist and xenophobic attacks in the aftermath of Brexit also reveals another operation of whiteness—that of innocence. We can see this manifested in three inter-related ways. First, public ‘shock’ and outrage about increases in racial harassment seem to define racism as an aberration in Britain—that it only exists in relation to extraordinary events such as the Brexit vote (‘This is not who we are’). The framing of public outrage in this way seeks to treat whiteness as innocent. But the wealth of this country was built through colonial plunder, exploitation and enslavement. Our contemporary social relations are imbued with and reflect this history. To only understand racism as localised, reactionary inter-personal violence is to misunderstand what Britain (and indeed Europe) is and the power relations that maintain and legitimise racial hierarchy. But to acknowledge this history would mean coming to terms with the arbitrariness of race and the racial order, of which there seems to be little appetite.

Secondly, whiteness also seeks absolution of responsibility through performative outrage. Racial attacks that heretofore would have remained ‘invisible’, ignored or subject to question (‘Aren’t you just being over-sensitive?’) now gain legitimacy through the white gaze. Now that some have decided to ‘see’ racism, it can, in a very limited and non-threatening way, be named. Whiteness is thus recast as witness to racism, but without any imperative to dismantle white supremacy, the system of racial hierarchy remains firmly in place, with whiteness preserved, unchallenged and intact.

I am not looking for allies; I want collective action. We face an uncertain future.

Let us be honest about our past and our present if we truly seek to dismantle white supremacy.

Dr. Akwugo Emejulu is Senior Lecturer at the University of Edinburgh. Her co-authored book, The Politics of Survival: Minority Women, Activism and Austerity in France and Britain is forthcoming with Policy Press.