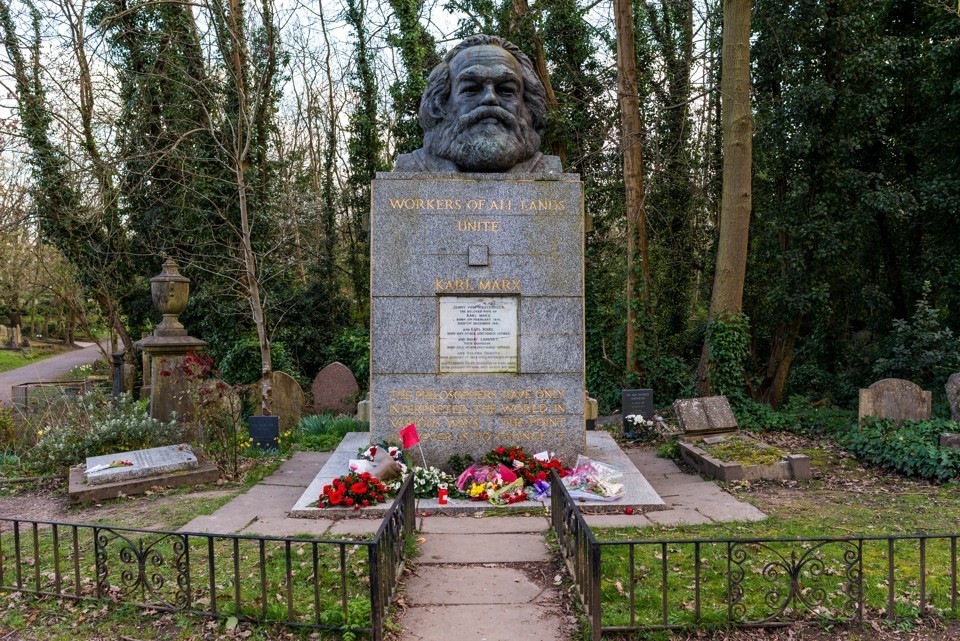 The Philosophy of Marx - Etienne Balibar

This new and substantially updated edition of Etienne Balibar's classic book provides an accessible introduction to Marx and his key followers, complete with pedagogical information for the student to make the most challenging areas of theory easy to understand.

The Communist Manifesto / The April Theses - Frederick Engels, V. I. Lenin, and Karl Marx with an Introduction by Tariq Ali

It was the 1917 Russian Revolution that transformed the scale of the Communist Manifesto, making it the key text for socialists everywhere. On the centenary of this upheaval, this volume pairs Marx and Engels's most famous work with Lenin's own revolutionary manifesto, "The April Theses," which lifts politics from the level of everyday banalities to become an art-form.

The Revolutions of 1848, Surveys from Exile, and The First International and After  - Karl Marx

Karl Marx was not only the great theorist of capitalism, he was also a superb journalist, politician and historian. In these editions of Marx’s Political Writings we are able to see the depth and range of his mature work from 1848 through to the end of his life, from The Communist Manifesto to The Class Struggles in France and The Critique of the Gotha Programme.

Karl Marx and Abraham Lincoln exchanged letters at the end of the Civil War. Although they were divided by far more than the Atlantic Ocean, they agreed on the cause of “free labor” and the urgent need to end slavery. In his introduction, Robin Blackburn argues that Lincoln’s response signaled the importance of the German American community and the role of the international communists in opposing European recognition of the Confederacy.

The Formation of the Economic Thought of Karl Marx: 1843 to Capital - Ernest Mandel

Ernest Mandel traces the development of Marx’s economic ideas from the Economic and Philosophical Manuscripts to the completion of the Grundrisse. In a series of crystalline chapters, he provides an overview of subjects central to Marxist economic theory.

Marx and Human Nature: Refutation of a Legend - Norman Geras

In this passionate and polemical classic work, Norman Geras argues that the view that Marx broke with all conceptions of human nature in 1845 is wrong. rather, his later writings are informed by an idea of a specifically human nature that fulfill both explanatory and normative functions. Over one hundred and thirty years after Marx’s death, this book—combining the strengths of analytical philosophy and classical Marxism—rediscovers a central part of his heritage.

Once you've boned up on your Marx with our Political writings, you'll probably want to move onto the major thinkers working in the Marxist tradition today. Keucheyan's The Left Hemisphere is the perfect introduction to the current state of gloabl critical theory.

The Retreat from Class: A New "True" Socialism - by Ellen Meiksins Wood
In this classic study, which won the Isaac Deutscher Memorial Prize, Ellen Wood provides a critical survey of influential trends in “post-Marxist” theory. Challenging their dissociation of politics from class, she elaborates her own original conception of the complex relations between class, ideology and politics. In the process, Wood explores the links between socialism and democracy and reinterprets the relationship between liberal and socialist democracy.

Utopia or Bust: A Guide to the Present Crisis - Benjamin Kunkel

Written with the wit and verve of Kunkel’s best-selling novel, Indecision, this introduction to contemporary Leftist thinkers engages with the revolutionary philosophy of Slavoj Žižek, the economic analyses of David Graeber and David Harvey, and the cultural diagnoses of Fredric Jameson. Discussing the ongoing crisis of capitalism in light of ideas of full employment, debt forgiveness, and “fictitious capital,” Utopia or Bust is a tour through the world of Marxist thought and an examination of the basis of Western society today.

Based on his recent lectures, this current volume aims to bring this depth of learning to a broader audience, guiding first-time readers through a fascinating and deeply rewarding text. A Companion to Marx’s Capital offers fresh, original and sometimes critical interpretations of a book that changed the course of history and, as Harvey intimates, may do so again.

Whereas Volume 1 focuses on production, Volume 2 looks at how value comes into being through the buying and selling of goods. Harvey also introduces elements from Volume 3 on credit and finance to help illustrate aspects of the contemporary crisis.

Representing Capital: A Reading of Volume One - Fredric Jameson

The republication of Suzanne de Brunhoff’s classic investigation into Karl Marx’s conception of “the money commodity” shines light on commodities and their fetishism. The investigation of money as the crystallization of value in its material sense is central to how we understand capitalism and how it can be abolished. Marx on Money is an elegant analysis of how money, credit, debt and value fit into the “logic of capital” that characterizes commodity society.

Few ideas are more contested today than “class.” Some have declared its death, while others insist on its centrality to contemporary capitalism. It is said its relevance is limited to explaining individuals’ economic conditions and opportunities, while at the same time argued that it is a structural feature of macro-power relations. In Understanding Class, leading left sociologist Erik Olin Wright interrogates the divergent meanings of this fundamental concept in order to develop a more integrated framework of class analysis.

Marx for Our Times: Adventures and Misadventures of a Critique - Daniel Bensaid

Philosophy and Revolution: From Kant to Marx - Stathis Kouvelakis

In this ambitious and original study, Stathis Kouvelakis paints a rich panorama of the key intellectual and political figures in the effervescence of German thought before the 1848 revolutions. He shows how the attempt to chart a moderate, reformist path entered into crisis, generating two antagonistic perspectives within the progressive currents of German society. On the one side were those socialists—among them Moses Hess and the young Friedrich Engels—who sought to discover a principle of harmony in social relations, bypassing the question of revolutionary politics. On the other side, the poet Heinrich Heine and the young Karl Marx developed a new perspective, articulating revolutionary rupture, proletarian hegemony and struggle for democracy, thereby redefining the very notion of politics itself.

Value: The Representation of Labour in Capitalism - Edited by Diane Elson

This influential collection of essays focuses on the elusive concept of “value,” and aims to answer the question “Why is Marx’s theory of value so important?” The perfect introductory guide to debates on Marxist Value Theory.