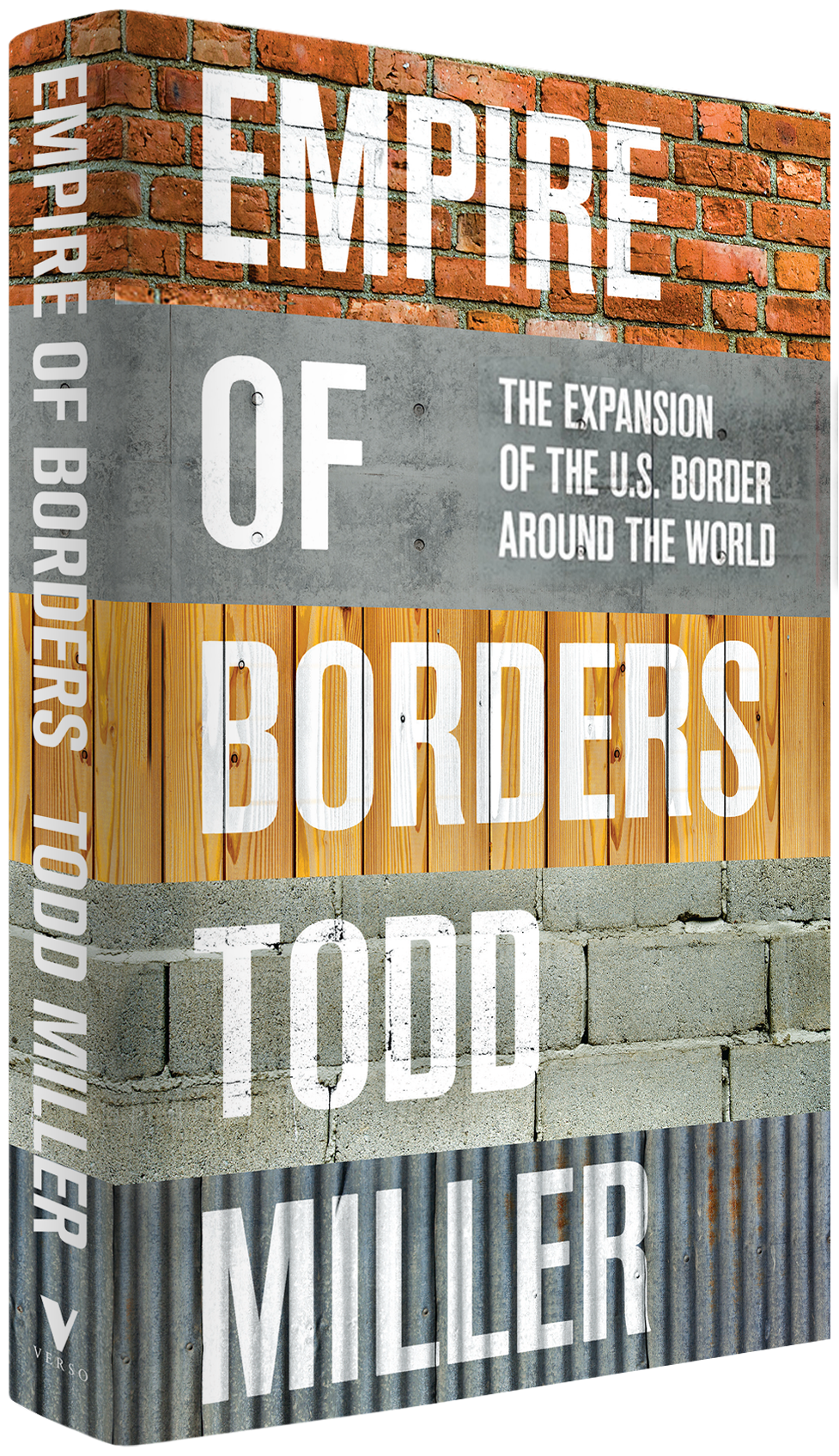 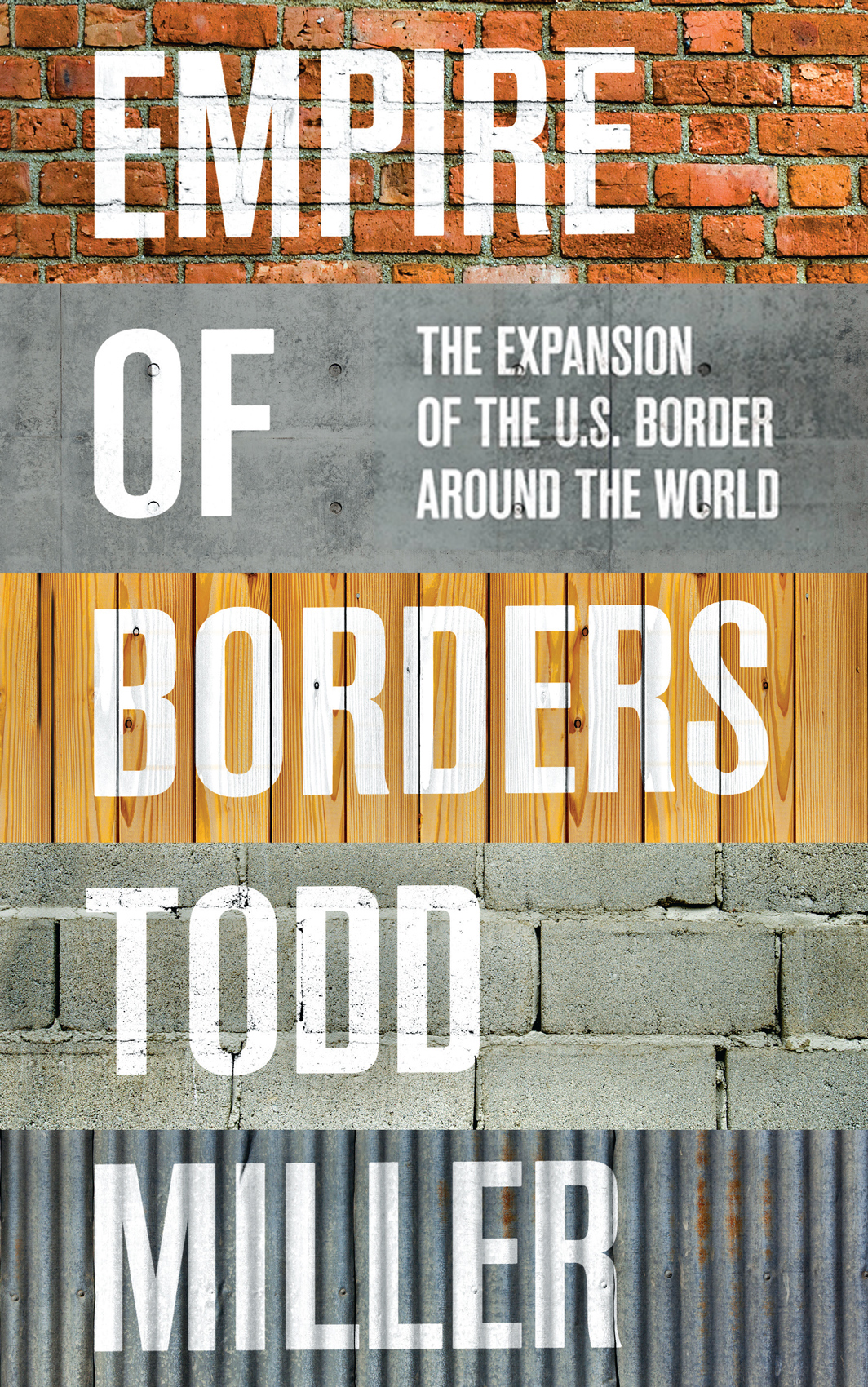 The twenty-first century has witnessed the rapid hardening of international borders. Security, surveillance, and militarization are widening the chasm between those who travel where they please and those whose movements are restricted. But that is only part of the story. As journalist Todd Miller reveals in Empire of Borders, the nature of US borders has changed. These boundaries have effectively expanded thousands of miles outside of US territory to encircle not simply American land but Washington’s interests. Resources, training, and agents from the United States infiltrate the Caribbean and Central America; they reach across the Canadian border; and they go even farther afield, enforcing the division between Global South and North.

The highly publicized focus on a wall between the United States and Mexico misses the bigger picture of strengthening border enforcement around the world.

Empire of Borders is a tremendous work of narrative investigative journalism that traces the rise of this border regime. It delves into the practices of “extreme vetting,” which raise the possibility of “ideological” tests and cyber-policing for migrants and visitors, a level of scrutiny that threatens fundamental freedoms and allows, once again, for America’s security concerns to infringe upon the sovereign rights of other nations.

“An indispensable guide to our bunkered, barb-wired world. For more than a decade, well before Donald Trump landed in the White House, Miller’s reporting has revealed the conceits of globalization, documenting the slow, steady garrisoning of US politics behind ever more brutal border policies. Now, with Empire of Borders, he looks outward, to a world overrun with so many border walls it looks more like a maze than a shared planet. If there’s a way out, Miller will find it.”

“Empire of Borders reveals how the United States has effectively extended its borders throughout the globe, giving rise to a worldwide enforcement network that is highly militarized and profoundly dehumanizing. At a time when more people than ever before find their lives thrust against violent lines of separation, Todd Miller helps us understand the omnipresence of borders as an imminent threat to our shared humanity—a collective sickness that must be reckoned with before it forever reshapes our world.”

– Fransisco Cantú, author of The Line Becomes a River: Dispatches from the Border

“Joining meticulous documentation and vivid on-the-ground research in multiple border hot spots around the planet, Todd Miller pulls the veil off the layers of borders and their policing that shape our world, revealing a stunning and terrifying reality. The artificiality of borders, and the commitment of the world’s wealthy and powerful to preserve their wealth and power through them, have never been so clearly laid out.”

“Todd Miller takes the reader on a global journey following the ever expanding and violent border enforcement regime. Empire of Borders is an erudite and engaging exposé of the global war against the poor that is increasingly carried out through restrictions on the right to move. Highly recommended.”

– Reece Jones, author of Violent Borders: Refugees and the Right to Move

“In an excellent combination of reporting and analysis, Miller describes a system of borders that are mutable, invasive, and multidimensional.”

“Todd Miller has transformed the way journalists should cover the border imperial apparatus designed to contain the worst form of violence against the global south—unrestrained and unregulated capitalism.”

“I highly recommend this excellent, engaging expose of the global reach of U.S. bordering practices and its harmful consequences. Featuring detailed on-the-ground research and highly readable and often poignant prose, Miller makes powerful links between fences, walls, surveillance strategies, and other barriers to inclusion and rights that the U.S. is constructing across the globe. This is a must-read book that will forever change how you think about contemporary borders.”

“Empire of Borders is about how dramatically and completely this easy simplicity [a line on the map that gives a country its shape that "needs" to be fortified] can mislead us about what the border really is, where it is, and where it is going...The US border is a massive global apparatus, an interconnected network of partnerships, funding, multinational industries, and international agreements, stretching across every continent and saturating the world.”

“An exceptional work of journalism, full of revelations about global multi-layered border system the U.S. has built.”

“Todd Miller’s Empire of Borders couldn’t have come at a better time.”

“While exploring the deep historical roots of the oppression wrought by the borders of modern nation-states, Miller’s book is also forward facing. In a world where more people than ever are on the move, this is an urgent, crucial proposal that demands a change not only in policies, but in systems and the oppressive structures that drive them.”

Reading recommendations from Verso authors, including classics by W.E.B. Du Bois, a memoir of growing up along the US-Mexico border, revolutionary poetry, and a coffee table book on abortion.