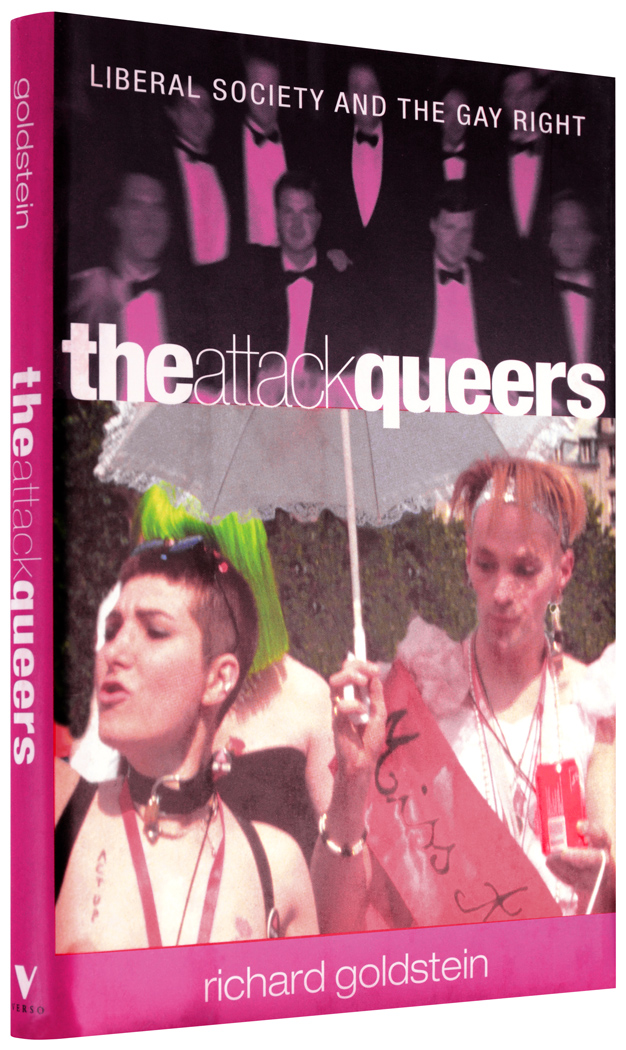 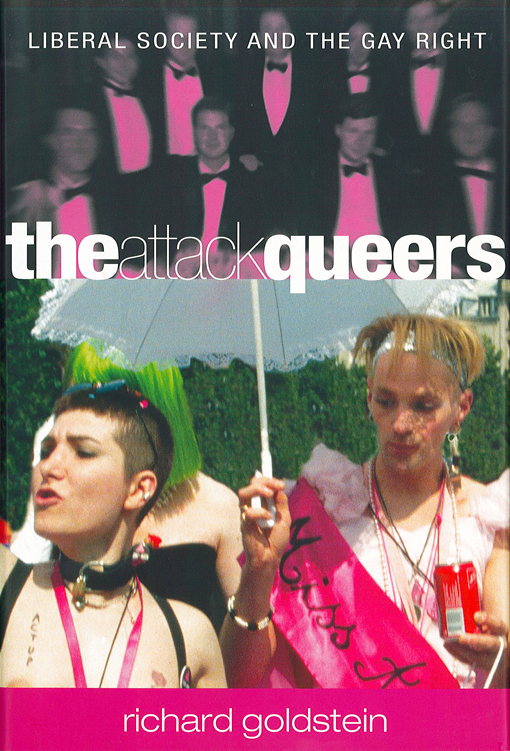 Charts and critiques the rise of the gay right.

For most of its history, the American gay movement has been part of the democratic Left. Gay liberation's founders were Communists, and its activist core is still overwhelmingly progressive. But in recent years, a more affluent group of gay men has begun to make its mark. Though they are a minority in the queer community (which includes people of all races, classes and genders), conservatives have become the loudest gay voices in the mainstream media. With their withering contempt for feminism and radical politics, these 'gayocons' are changing the movement's public image. Unless their rise is met by a persuasive critique, they may also alter its heart and soul.

The Attack Queers offers such a critique. It describes how the gay Right agenda differs from the one the queer community has long embraced. Never abandoning its analysis of the complex relationship between homosexuals and liberal society, the book examines the conflict between liberationists and assimilationists that has raged since the Stonewall era, and explores how political success tipped the balance and facilitated the rise of the gay Right. Finally this book offers an alternative to gay conservatism grounded in queer humanism, a distinct sensibility that has been a major force in progressive thought for more than a century.

“Besides its sheer cogency, the most notable thing about The Attack Queers is, surprisingly, the generous patience with which it anatomizes the gay right. Far beyond the hackneyed invocation of 'internalized homophobia,' Goldstein embarks on an incisive navigation of the historical, racial, and psychological dynamics between queers and mainstream American political discourse.”

– Eve Kosofsky Sedgwick, author of Epistemology of the Closet

“Richard Goldstein's The Attack Queers is a lucid, finely written, generously balanced polemic that retrieves the gay movement’s long, variegated history and its alliances with other oppressed minorities. Goldstein persuasively argues that the suppression of this history in public discussions of 'gay issues' has empowered gay versions of Clarence Thomas, pontificating from the bully pulpits of talk shows and mass circulation magazines to prescribe their own mimicry of straight people as model behavior for everyone else. Whatever their actual influence, Andrew Sullivan, Camille Paglia, and other spokespersons for nobody offer the Orwellian spectacle of conformity posing as iconoclasm.”

“Goldstein takes on the right-wing queer media darlings Andrew Sullivan, Camille Paglia, Norah Vincent et al. with insight and up-to-the-minute urgency. It's about time someone took some of the hot air out of their inflated balloons.”

“Whether you think you will agree with the main argument or not, you will learn from this book. Richard Goldstein writes with shrewd insight, wide sympathies, and enviable clarity. No one has a more persuasive assessment of the urgencies of the present and the legacies of the past for queer people. I wish everyone I know … gay, straight, or whatever … would read it.”

– Michael Warner, author of The Trouble with Normal and editor of Fear of a Queer Planet